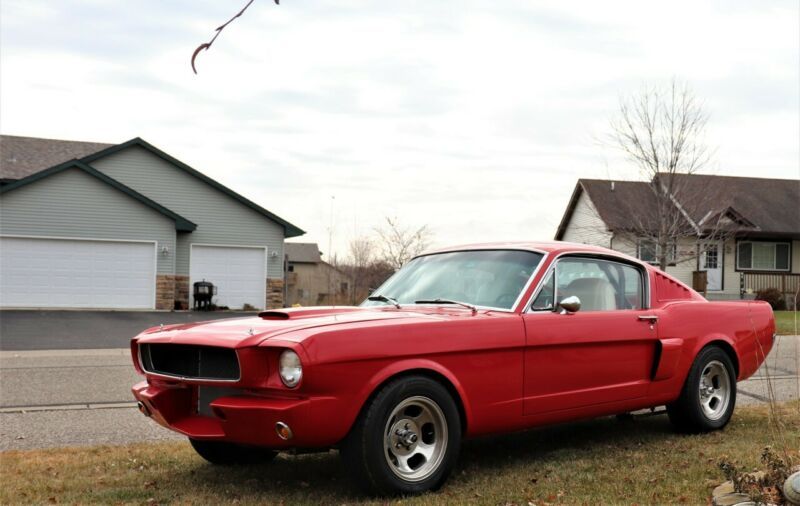 This Factory C code 1965 Fastback became a GT-350 Shelby clone was a product of a 15 year nut and bolt restoration.
2 things it needs. ------1----A more modern set of wheels and tires although they are new but I don't like them
-----2-----Shelby stripes to break up the Red.......... -----This is how the builder wanted it but In my opinion it
needs those 2 things.------These 2 things will change the appearance of this Fastback drastically......... She was completed by a 30+ year restoration Everything you see is a product of years and a ridiculous amount of time, love and passion built into the car
you see now. This car Is ready for the Road and or track. clutch grabs perfect and
strong "1st and 2nd gear 389 posi grabs nice! The front end is tight with it's rack and pinon steering and drives
and stops straight with 4 wheel Disc brakes. Beautiful sounding sound system. The paint is Very nice as you would
expect from a Professional Restorer. All VINS match