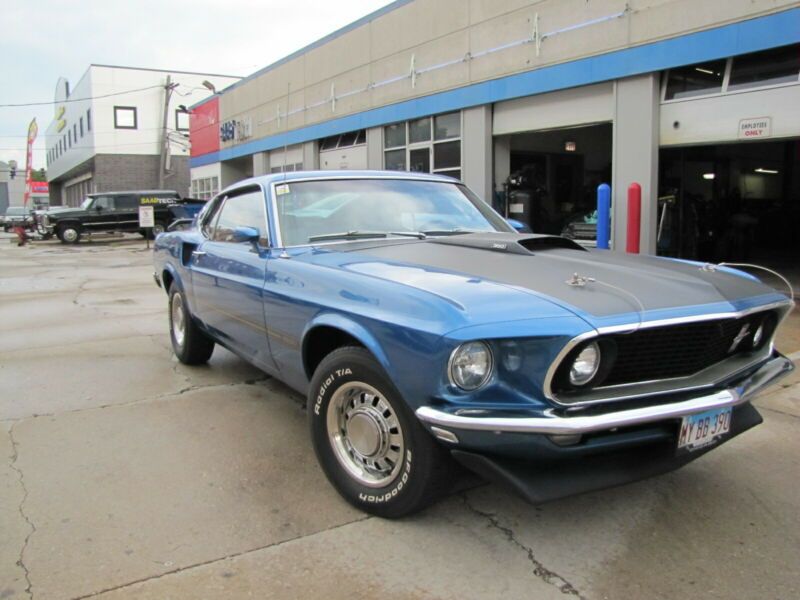 1969 Mustang Mach 1 390 s code big block with factory 4 speed and 325 traction- lok rear
end. It is a real s-code 390, runs and drives great, has rim blow steering wheel, sport deck fold down rear seat
with pass through. flow master exh. engine was rebuilt in 95 with Trw 30 over pistons a 280h Comp cam Trw push rods
edelbrock heads and intake MSD Ign. I have put it back to stock as much as possible with stock heads and intake and
stock coil when I had the heads redone I put stainless steel 428 valves in that are a little larger and a 735 holly
,old owner added the temp and oil pressure gauges where the ash tray was,do not know when the color was changed it
was that color when I bought it.