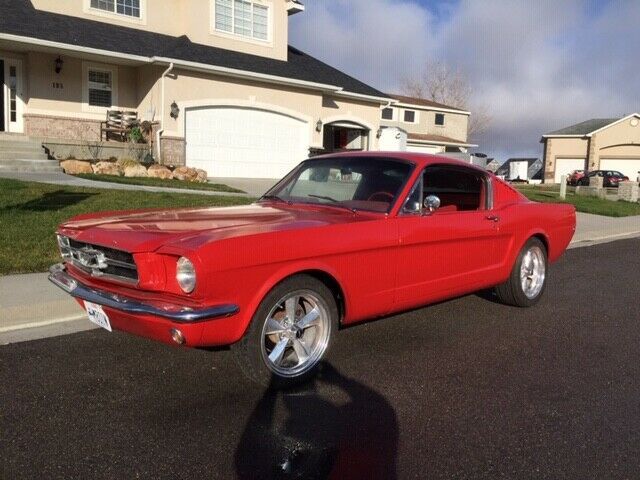 This a recently restored Fast back,rebuilt 289 with hi po cam Edelbrock manifold and carb,tri-y headers, Power
steering, A/C, Power disk brakes, console,New: paint,Quarters,bumpers,chrome,emblems,door and window handles,p/s
pump and lines,headers,weatherstripping, fuel tank, springs, (1.5 inch lowering),shocks, custom staggered wheels
wheels and low profile tires. The interior was done about 5 years ago and is in good condition. Runs and drives
great.The restored title was received after being rear ended back in the 90's witch required the rear quarters ,
bumper and gas tank replacement, has always been garaged, no rust anywhere. New speedometer has been installed .