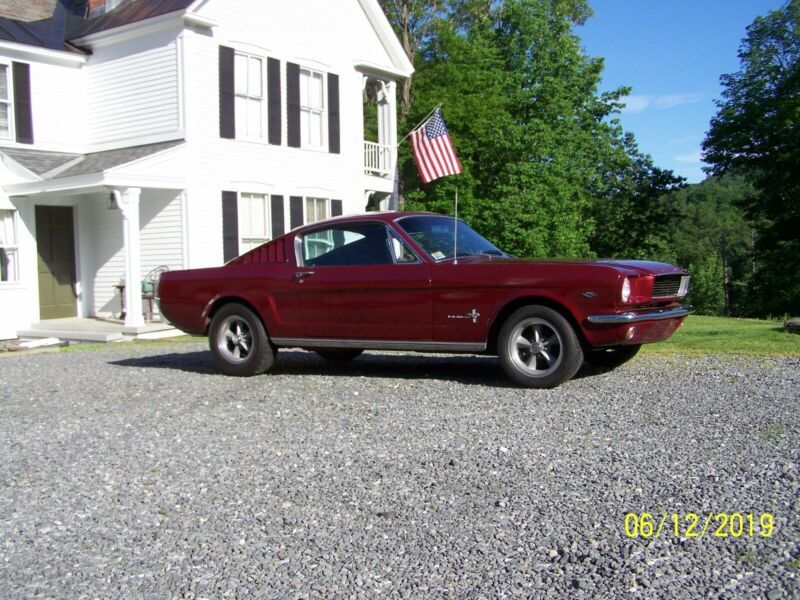 1966 Mustang Fastback. This is a super solid car ! Originally a -C- code 289 with a manual transmission . Now has
a 302 H.O. roller cam engine and a 5 speed transmission with headers and a new full Flowmaster exhaust with an X
pipe. The engine runs very strong ! -Sounds great !-Original floors and frame rails,quarters ect. This is not a
restored car. It can be driven the way it is or restored to your liking. It has vintage Shelby 15 inch wheels that
look just right on this fastback, you don't see these wheels very often.