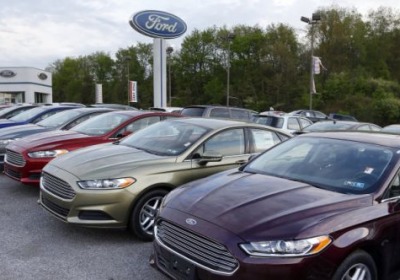 If you want further proof that the auto industry is bouncing back, look no further than the empty lots and forecourts of your local dealership. According to a story by The Wall Street Journal, continued high demand for mainstream cars is overtaxing automakers' ability to produce enough models. Several dealers interviewed for the story are reporting two-week supplies as opposed to the typical two-month allocations.

With sales expected to hit 1.4 million units when August numbers arrive shortly and incentive spending down to its lowest amount since January, these limited supplies are pushing prices even higher. For example, according to the WSJ, the average price of a Ford Fusion is up past $26,000. Unfortunately, it's difficult for manufacturers to increase production quickly. If it invests in its facilities, as many manufacturers have done, it risks wasting cash if growth suddenly slows. At the same time, the momentum gained over the past several years could be short lived if vehicle supplies continue to dwindle. "Manufacturers are in a precarious situation," notes Karl Brauer, a senior director at Kelley Blue Book.

Low interest rates and a wealth of desirable features are also allowing customers to purchase more expensive vehicles while justifying their higher overall price tags, a situation that is compounding supply shortages. Even now, during the annual end-of-summer clearance season, deals on new vehicles are remarkably difficult to come by. According to the report, the Toyota Corolla is in a self-inflicted state of shortage, as Toyota clears out inventory in anticipation of the new 2014 generation arriving in dealers. Ford's supplies should rebound as Fusion production comes on line at its Flat Rock, Michigan factory. The Chevrolet Impala, Honda Odyssey, Civic, and Accord and Subaru Forester are also facing shortages.

See also: Toyota's refreshed Sai is a Lexus HS by any other name, Toyota and Lexus recalling 235,000 hybrid CUVs and sedans over separate issues, 2014 Toyota 4Runner priced at $32,820*.