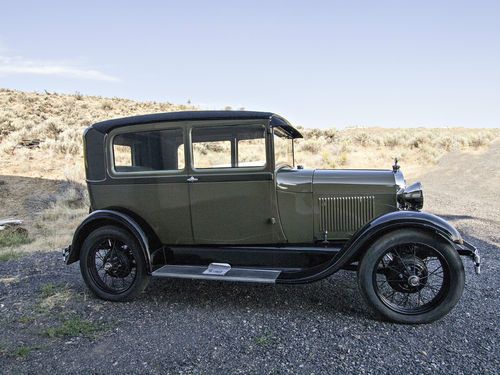 Condition: UsedA vehicle is considered used if it has been registered and issued a title. Used vehicles have had at least one previous owner. The condition of the exterior, interior and engine can vary depending on the vehicle's history. See the seller's listing for full details and description of any imperfections.Seller Notes:"This car is nearly restored with correct AR parts from ground up. Less the 25 miles on the car since restoration. The interior needs to be completed with door panel, upholstery, etc. New radiator, brakes, steering, all new glass, and wiring. The transmission and motor have been rebuilt. Headlight restored to original 1928 plating. The Owner has all records of restoration including invoices and paint codes."