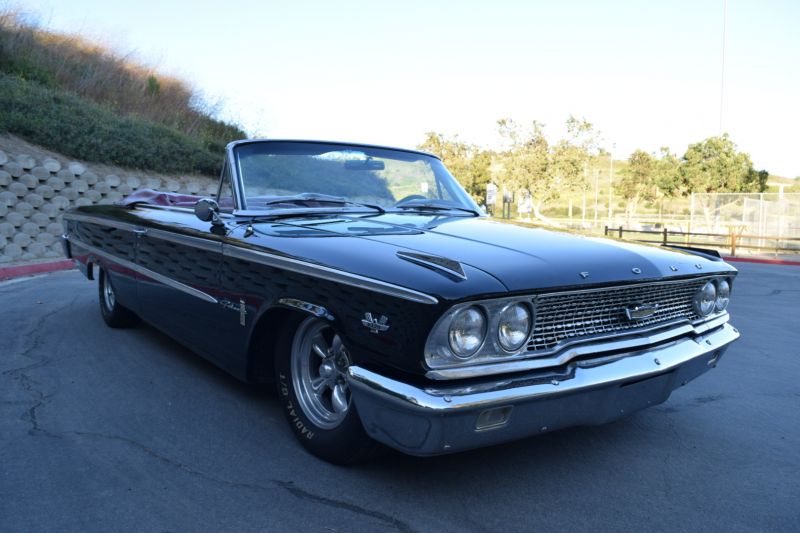 Contact only by mail : raimundoadan@yahoo.com This 1963 Ford Galaxie 500 convertible is finished in black over a red vinyl interior . The 390ci V8 was rebuilt with electronic fuel injection, Edelbrock cylinder heads and aluminum intake manifold, and electronic ignition.Power is sent to the rear wheels through a four-speed AOD automatic transmission, and additional modifications include an air suspension kit, power steering, Wilwood power disc brakes, a Magna Flow dual exhaust system, air conditioning, an aftermarket stereo, and more........