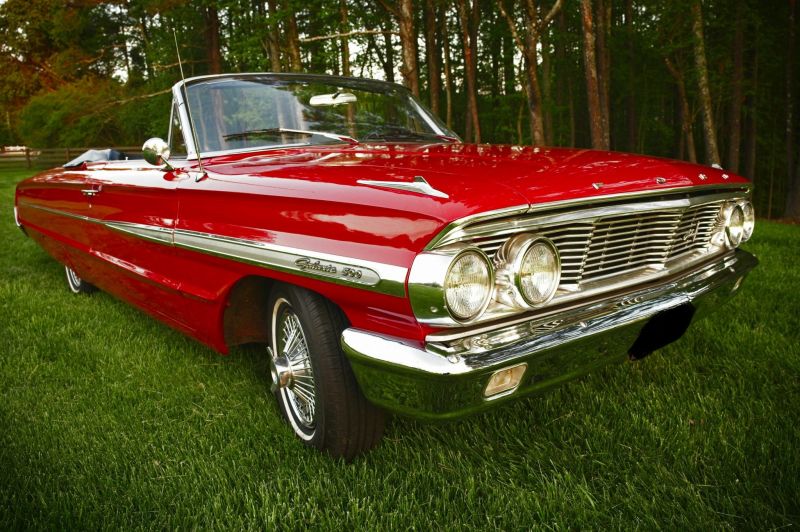 eMail me for more details : Fancycar77@workmail.com 1964 Ford Galaxie 500 convertible was refinished in red over black. Power comes from a 289ci V8 paired with a three-speed automatic transmission, and features include a black soft top with a matching boot cover, front disc brakes, a four-barrel carburetor, a split-folding front bench seat, and a Ford-branded AM radio. Work over the past two years have included refreshing the interior, changing the oil, installing a Per Tronix electronic ignition module and a Holley four-barrel carburetor, and replacing the tires as well as components for the convertible-top hydraulic system.