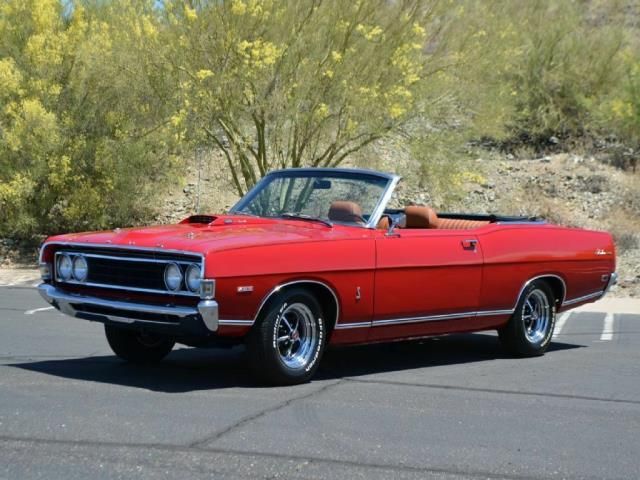 This 1969 Ford Fairlane 500 started out as a rare build configuration from the factory, and was then blessed with many of the upgrades of the highly desirable Cobra Coupe, seemingly creating a one-of-a-kind Cobra Convertible. A comfortable and stylish custom saddle colored leather was tastefully chosen to upgrade the overall look and feel whether the new black convertible top is up or down. A professional quality respray of the brilliant Candy Apple Red paint (Color Code T) shows very well with a deep luster. The A-pillars show fine scratches but the overall appearance remains first-rate. As with the Cobras that this Fairlane was built to mimic, hood pins and hood scoop were added, along with 428, and Cobra callouts. The Magnum 500 wheels look great with the quintessential BF Goodrich white letter radial tires.