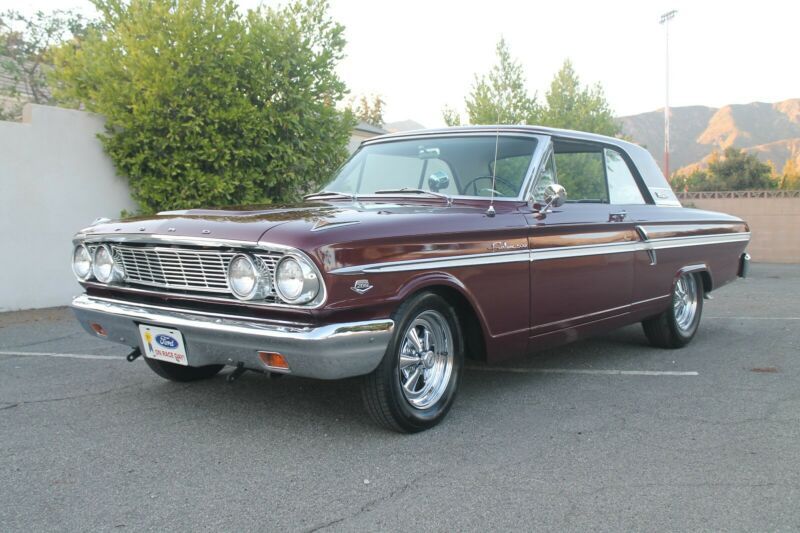 Ford only produced only 600 examples of these 1964 Fairlane coupes of which the K code designation signifies the
289/271 HP small block under the hood. This is the motor utilized in 289 cobras and 1965-1966 mustang GT350. The
engine was backed up by a 4 speed transmission and 3.89 rear end. Ford also modified the suspension to improve ride
quality.

This example is equipped with a Hurst shifter. Car is completely rust free, and still has its original interior!!!
Everything is functional on this car including the AM radio.
Car is surprisingly fast. Tachometer is mounted on the dash. The factory tow hooks are still there.
The exterior paint is Vintage Burgundy with artic white molding accents. Tires are brand new with only a few miles
on them