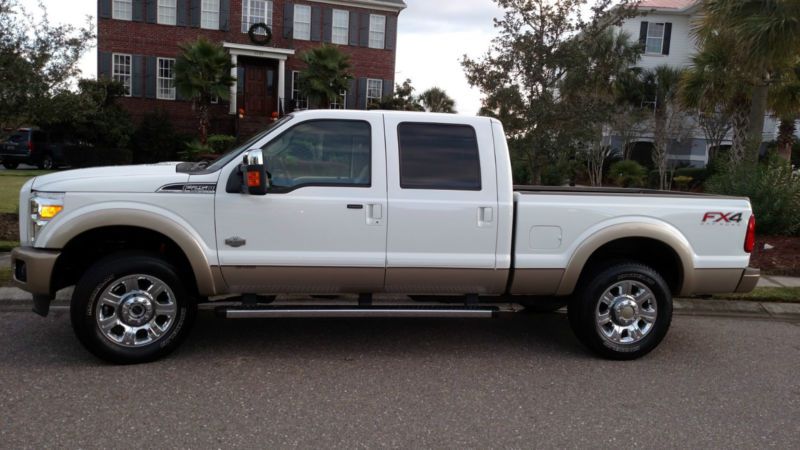 Send me an email at: huldahggoeldner@watfordfans.com .

The 2012 Ford Super Duty trucks are offered in F-250, F-350 and F-450 models, designating progressively higher tow and weight ratings. Compared to light-duty, full-size trucks, like the F-150, the Super Duty models have a stronger structure, along with heavy-duty components throughout and a powertrain lineup chosen for sheer pulling ability.Throughout the lineup, you have a choice of two different engines--either a 385-horsepower, 6.2L gasoline V8, or a 400-horsepower, 6.7L Power Stroke diesel engine. The gasoline engine is also compatible with E85 (85 percent ethanol) and can be equipped for propane or compressed natural gas (CNG), which might make it attractive for fleet use. However in any sort of real-world use, the diesel engine, with its mammoth 800 pound-feet of torque, comes out far ahead of the gas engine's 405 pound-feet. No matter which engine, the Super Duty trucks come with a heavy-duty 6-speed SelectShift automatic transmission.F-350 and F-450 models get a reinforced frame and hitch system compared to F-250 models.