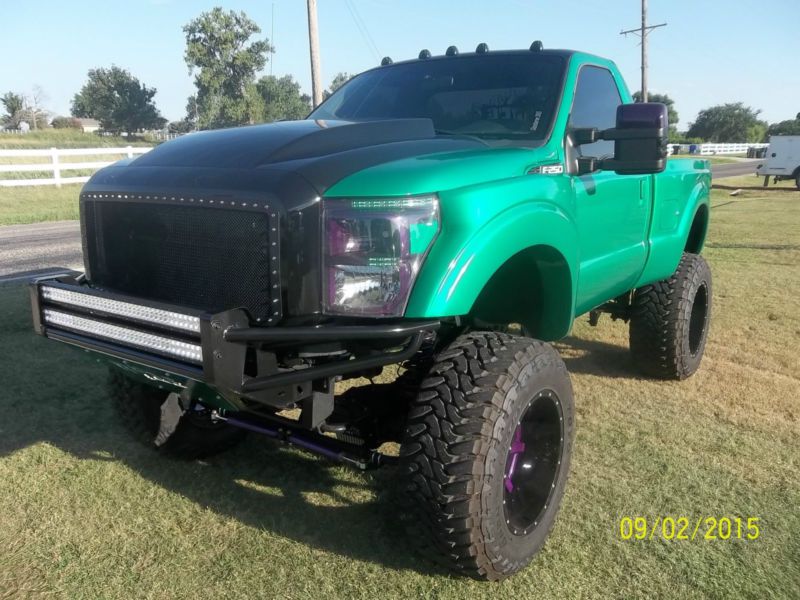 If you have any questions or would like to view the car in person please email me at: ellynstallard@birdlover.com .

This is his latest creation. It has an Oklahoma re assigned Vin. which means it had an issue in the past and
was repaired and the state inspected it and gave it a new vin number.
This Truck is 100% ready to go! It does everything its supposed to and you will absolutly love it! Fly in
and drive it home!
The Hulk has a ten inch 4 link with rear track bars it also has G2 Axle covers, custom painted headlights with
Green leds and Recon Mirror lights including cab tail and side emblems.
The front bumper is from N Fab with 2 40 inch light bars!
The Hulk is wrapped with 3M Gloss Envy Green and it has a Cervinis custom cowl hood with Fiberworx front fenders
and bedsides!
The 6.7 Has The EGR Delete and dpf delete as well. It sounds so gooooood!
The rims are 2 piece Fuel Mavericks which are painted and they are 22 by 14s!
The Tires are brand new Toyo 40 by 15.5.22!