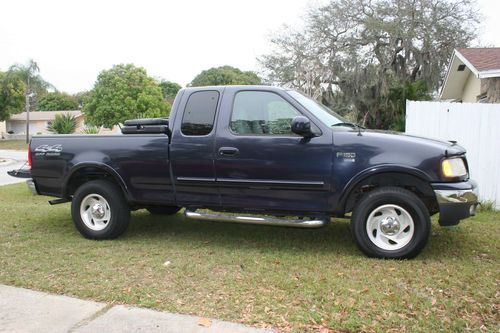 My husband and I are the original owners.  Truck was purchased in Virginia, but never saw snow.  Has been in Florida since 2001.  Just painted roof and side panel due to Florida sun.  Normal wear on paint everywhere else.  Still looks good.  Unbelievably low mileage. Non smoking owner.  Very clean interior.  Never been in an accident.  Never off roading.  2 front tires are BRAND new, 17 inch.  NEW engine belt.  Glad to include tool box in back, see photo.  You can see this is in very good condition for a 13 year old truck!  KBV at this mileage in good condition is $10,169.