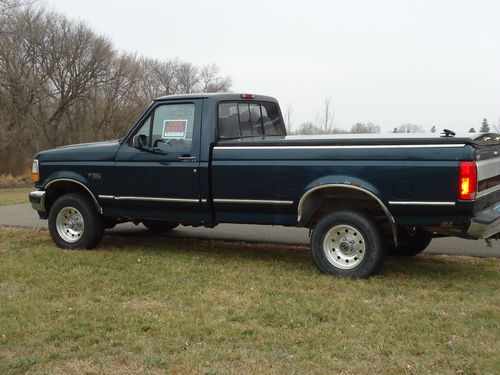 This is a great running truck that has been well maintained, it is being sold because it does not get enough use to warrant keeping it.  It was mainly used for hauling a trailer/mower for my lawn care business, and has mostly city miles.  I put in a new battery and brakes in Dec of 2012 and I have had no major issues with the truck.  For its age, its has little rust and fairly low miles, which is due to only really driving in in town, and not in winter.

The interior is generally clean and free of defects, with only a 3x3 inch patch of seat cloth missing.  All the dials and buttons work, am/fm radio, heat and air.  The exterior of the truck is a bit deceiving, it does show a bit of aging just because it has been stored outside all year round.  I would have preferred to keep it inside but do not have the room, so don't let the appearance fool you, its a great running truck.

Any other questions you might have feel free to let me know.