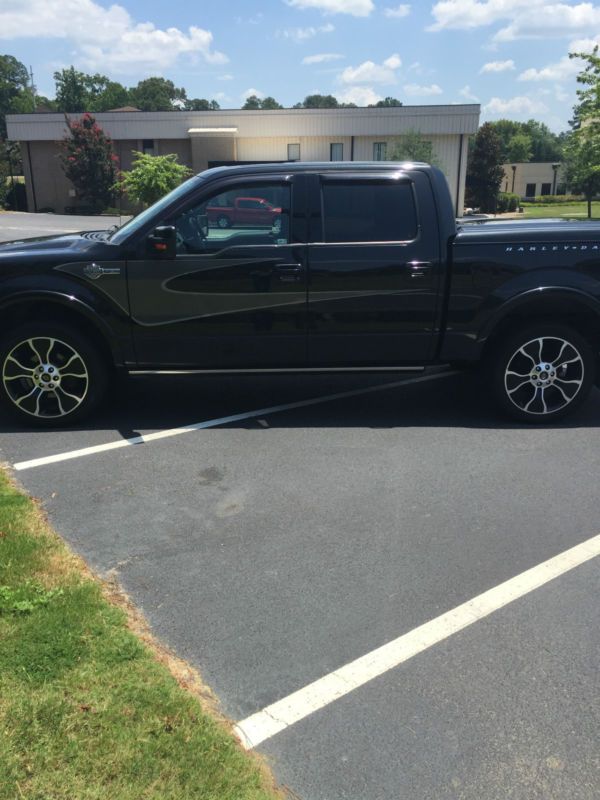 TRUCK HAS EVERY AVALIBLE OPTION FROM FORD. PROCHARGER AND ALL PARTS WERE POWER COATED (BLACK) TO MATCH ENGINE BAY.
ALTHO THEY (PROCHARGER) USED THIS TRUCK TO DESIGN, TUNE AND SELL TO THE GENERAL PUBLIC, IT HAS MANY OTHER
ADDITIONAL FEATURES (if you were to purchase one) YOU WOULDN'T GET. D-1SC (PROCHARGERS BAD BOY), SUPER DUTY RACE
INTERCOOLER (biggest available), LARGER INJECTORS, SCT'S NEWEST SOFTWARE, GIBSON DUAL EXHAUST. ALL PROCHARGERS
OTHER INTAKES WILL PULL AIR FROM THE MIDDLE TO BACK OF ENGINE COMPARTMENT, NOTICE THIS ONE TRUELY IS GETTING FRESH
AIR. 702HP & 678 TORQUE