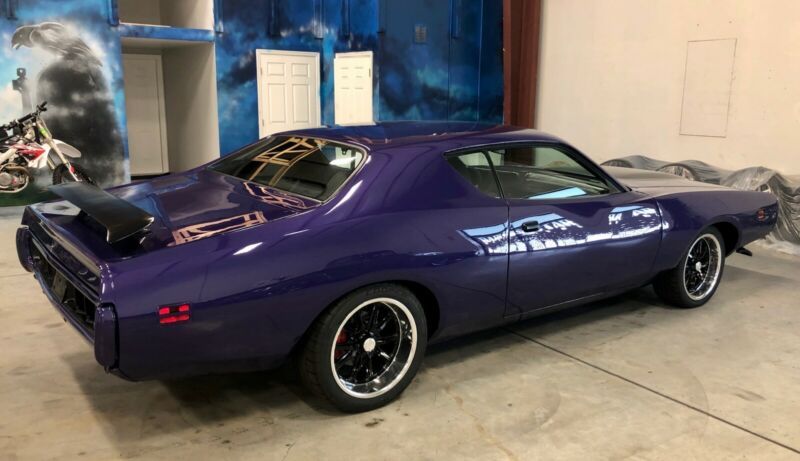 1971 Dodge Charger. Car was completely stripped to bare metal and complete restoration was done. body is laser
straight and has new 2020 Plum Crazy paint. The motor is 383 stroker that is fuel injected and has MSD electronic
ignition. all new fuel lines and brake lines. Baer 4 wheel power disc brakes. Tubular A arms and coilovers. @ fan
aluminum radiator. Motor was stripped down and completely rebuilt with mild cam. Interior is from a 2019 Challenger
superbee. Front and rear windshields are flush mounted and the drip rail has been removed. All chrome painted
black. All work professionally done by Aspire Autosports. Just about everything on this car is new. Trunk is also
finished with JL Audio equipment and lights. Interesting trades up or down considered.