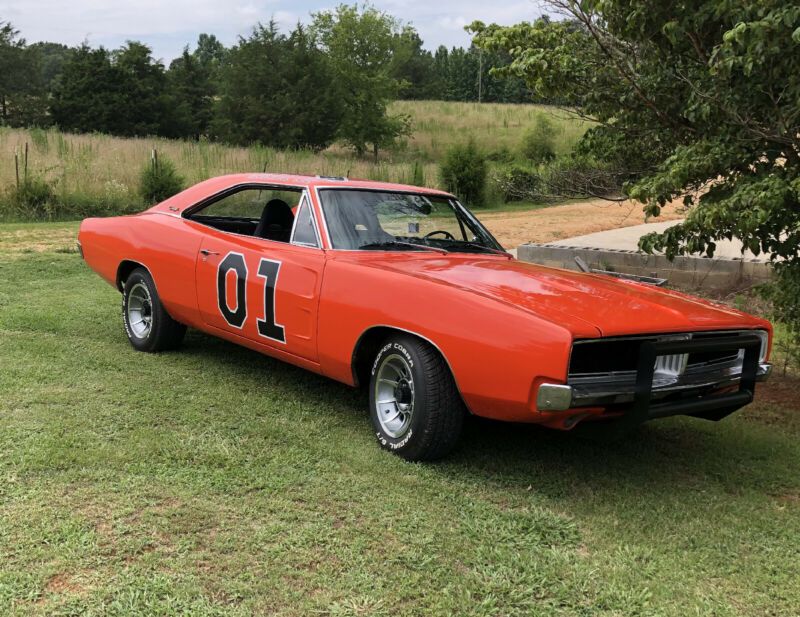 I have done nothing but put new American racing wheels and new tires on it and 2-1/2” exhaust with new
mufflers and tips . The American racing dealer sent me the wrong inset on the front wheels , so spacers had to be
installed on the front ( pictured) . Car has 4 wheel drum brakes and stops like it should. Car has a 318 motor with
automatic transmission (column shift).speedometer does not work and power steering pump leaks.. Any and
all rust issues was resolved by the previous owner. Car Has the push bar and the Dixie horn. The flag and numbers
are decals. The two front fenders are fiberglass ( don’t know why , bought it that way and you can’t tell ) and. Rear end
is 8-3/4” limited slip. Car runs and drives good. Has new edelbrock carb and edelbrock
intake. Has been driven in local parades and turns every head. The General lee car is the most iconic car in
television history. Car has a few very small places on it that are only seen under close observation. One paint
“spider” on the hood (pictured). Headlights , brake lights, tail lights , wipers and turn signals ALL work.
Bought lap belts for the car but never installed ( included)