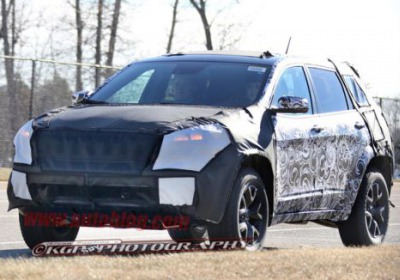 Striving for improved fuel economy, we already knew that Chrysler will begin using a nine-speed automatic transmission in some of its new products this year, but what we haven't known is that volume at which this gearbox will be used. According to Bloomberg, Chrysler CEO Sergio Marchionne has been quoted as saying that the automaker expects to sell close to 200,000 units equipped with this new transmission in 2013. Those gear-rich trannies will be spread out across three models, consisting of the redesigned Chrysler 200, the still-unnamed Jeep Liberty replacement and the Dodge Dart.

This transmission should play a pivotal role in making Chrysler vehicles more competitive in their respective segments. Just for comparison, one of the Dart's key competitors, the Toyota Corolla, still uses a four-speed automatic, and a previous report indicates that the next-generation 200 could get up to 38 miles per gallon on the highway, which is better than most non-hybrid midsize sedans on the market. Marchionne says that the new Jeep model is expected during the second quarter of this year, but there is no word as to when the new 200 or nine-speed Dart will debut, but clearly Dodge would like to have the transmission in its compact yesterday. As for that volume figure, it definitely doesn't seem out of reach since the Dart, Liberty and 200 combined for a total of more than 225,000 units in 2012.

How many more gears can we expect in future cars? Probably not many more, since the CEO of transmission-builder ZF, Stefan Sommer, previously stated that nine speeds was the "natural limit" for transmissions.