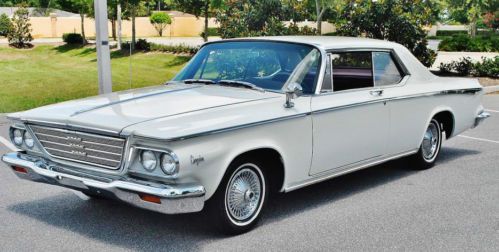 THIS IS ONE MAGNIFICENT AUTOMOBILE THAT IS TRULY READY TO ENJOY.

THE BEST YOU WILL EVER FIND FOR THE MONEY.

As full time Enthusiasts, We travel all over the country to find true, low mileage, classic, original cars, convertibles & trucks... to keep, refresh, restore and sell.

SHOULD YOU HAVE ANY QUESTIONS,

We have ended other auctions due to local sales, so don't miss out... Call us...or for more information:

PLEASE CHECK OUT ALL OUR OTHER EBAY AUCTIONS !!!!!!! WE HAVE OVER 100 CLASSICS IN INVENTORY FOR SALE WITH TWO EBAY USER ID'S. GO TO ANY OF THEM AND SEE THE FINEST CLASSICS IN THE COUNTRY

THE FIRST (SINCE 1997) is classicsbylash. THE SECOND ONE IS pristineclassics. PLEASE TAKE THE TIME TO LOOK AT THEM BOTH. WE BELIEVE WE ARE THE BEST!!! WE TRY HARD TO MAKE SURE EVERY CLIENT FEELS SPECIAL, WE WILL DO EVERYTHING WE CAN TO MAKE YOUR PURCHASE MOST PLEASANT. SO CALL TODAY!!!

We reserve the right to end this listing at any time, should the vehicle no longer be available for sale. The following terms of sale apply: Payment Terms: Please, if you do not intend to pay, please do not bid.

The successful high bidder will submit a $1000.00 NON-REFUNDABLE payment deposit with PAYPAL within 24 hours of the close of the auction to secure the vehicle. Buyer agrees to pay remaining balance due (plus applicable fees and taxes) within 7 days of the close of the auction. All financial transactions must be completed before delivery of the vehicle.

AS IS - NO Warranty:

Please note that all sales are binding and FINAL. All vehicles are being sold AS-IS, WHERE-IS with NO warranty expressed, written or implied. Any descriptions or representations are for identification purposes only and are not to be construed as a warranty of any type. It is the responsibility of the buyer to have thoroughly inspected the vehicle and to have satisfied himself\herself as to the condition and value and to bid based upon that judgment.All car' in state of Florida are exempt over ten years old. if miles say they are real we will tell it right in add. We try to represent it as accurately as possible to disclose any known defects associated with this vehicle. Seller assumes no responsibility for any repairs. We do not warranty anything that may or could happen after sale. Please carefully read the terms & conditions of the sale before bidding. Any inspections are to be completed before the end of sale, not afterward. Please, NO EXCEPTIONS. Winning this auction does not entitle you to come inspect the car and decide if you want to buy it, but OBLIGATES you to complete the purchase! Thanks so much for your bids, good luck.

Should you need assistance in transport, we can refer you to the company we have used many times...

There are over 50 pictures below... Please be patient, it is worth the wait!

TRULY THE PICTURES DO NOT DO IT JUSTIC