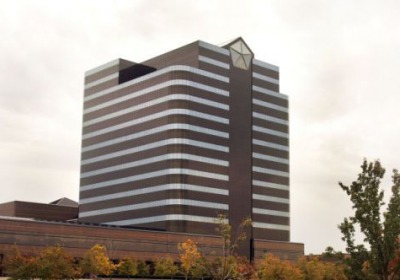 Chrysler has just announced earnings of $464 million in net income for this third quarter, a 22-percent year-over-year increase. Net income for the first three quarters of 2013 is at $1.1 billion. Net revenue climbed significantly as well, to $17.6 billion, a 13.5-percent increase on Q3 of 2012.

Those increases were thanks in no small part to an eight-percent rise in sales from the same period last year, with 603,000 vehicles sold worldwide. "Chrysler Group's ninth consecutive quarter of positive net income highlights our commitment to producing award-winning vehicles for consumers, such as the Jeep Grand Cherokee and the Ram 1500," said Sergio Marchionne, Chairman and CEO of Chrysler Group.

Despite the increased sales, Chrysler's US market share dropped slightly, from 11.3 percent in Q3 2012 to 11.2. Canadian market share remained level at 14.3 percent. Have a look below for the entire press release from Chrysler.

"Chrysler Group's ninth consecutive quarter of positive net income highlights our commitment to producing award-winning vehicles for consumers, such as the Jeep Grand Cherokee and the Ram 1500," Chrysler Group LLC Chairman and CEO Sergio Marchionne said. "We also are pleased to introduce the already award-winning Jeep Cherokee to the lineup, as it launches into the largest SUV segment in the United States."

Modified Operating Profit was $862 million, or 4.9 percent of net revenue, in the third quarter, versus $706 million reported in the prior year. The 22 percent increase was primarily due to higher shipment volumes and positive pricing, partially offset by higher industrial and launch-related costs and vehicle content enhancements. Modified Operating Profit was $2.1 billion for the first nine months of 2013.