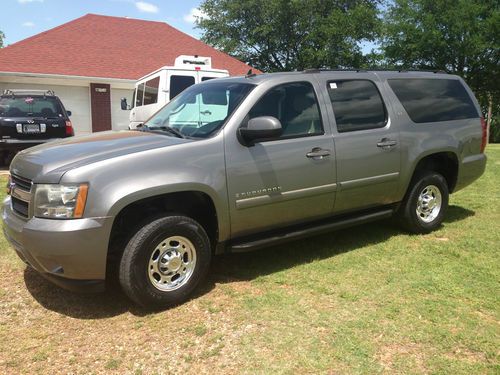 Up for sale is a 4WD 2007 Chevrolet Suburban 2500. It's in good condition inside and out and has 108,000 miles. All leather interior and three rows of seats. Everything works and has a Sirius/XM equipped radio.

I'm the second owner and have owned the vehicle for three years.
Please ask any questions prior to bidding.