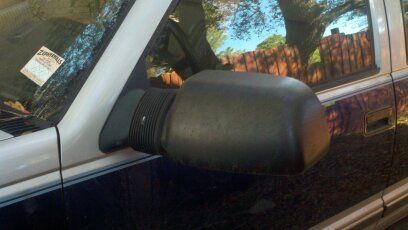 Condition: UsedA vehicle is considered used if it has been registered and issued a title. Used vehicles have had at least one previous owner. The condition of the exterior, interior and engine can vary depending on the vehicle's history. See the seller's listing for full details and description of any imperfections.Seller Notes:"Very good condition. Rebuilt for personal use and to keep indefinetly. Nothing was spared in rebuilding this vehicle. Many extras were installed to make vehicle comfortable for travel and hauling. Additional transmission cooler was installed to keep transmission cool during heavy hauling. Advanced Pioneer stereo system with video, backup camera and GPS. Has minor defects as shown in photos. If truck sells for more than minimum I will include New exhaust tempertature, Transmission temperature and others that are new in box and never used. Air horns are supplied by 2 gal tank. From tank to rear at bumper there is quick connect air outlet to use for air tools, etc."