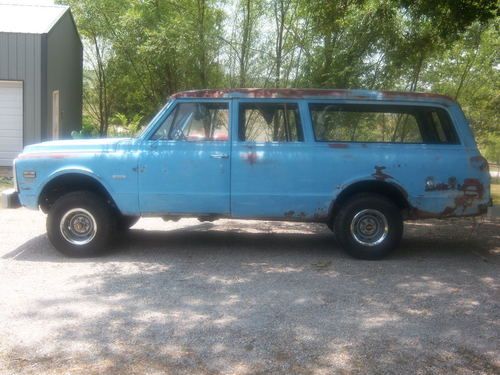 4 speed transmission, originally from Oregon, no rust in firewall or floors, original boards still in rear

Most rust in quarters, have replacement panels for this

I have a reasonable reserve, do not ask what it is

I have owned this suburban for a little over 4 years

I am selling to fund a rat rod pickup

Please call with any questions