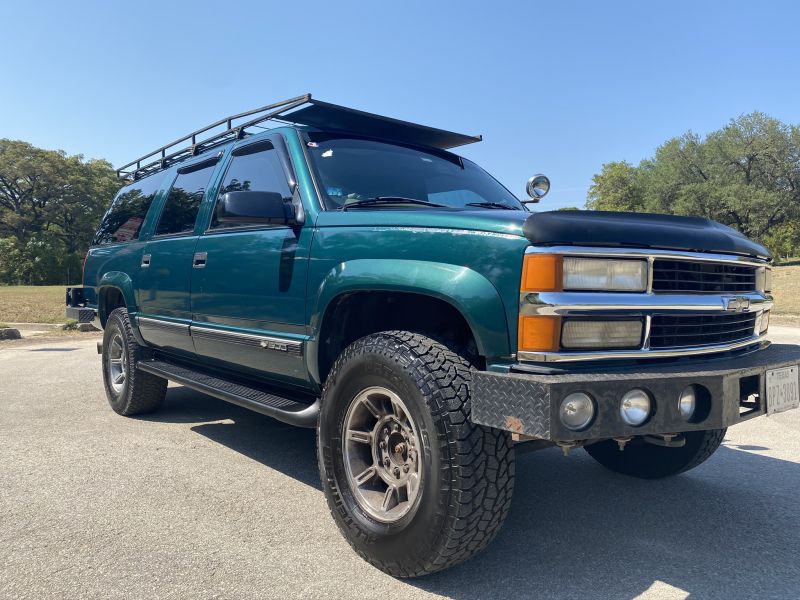 1998 Suburban 1500 LT Diesel Conversion 4WD, 3/4 ton, I have had the truck for 12 years. Mileage is 199,000.It has the 6.5 diesel engine rebuilt 40,000 mi ago, the Transmission was rebuilt 30,000 miles ago. Four-wheel drive works. It has Fox shocks and has a 2" lift kit, Custom Bumper Front with Custom Lights. Custom Bumper Rear, Custom Rack on top can extend out to the side to hold a tarp for shade, Rims are from a Hummer, Power Leather Seats, Power Windows, Power Door Locks, Front and Rear AC, Cruise Control, and more. It runs great and I would not hesitate to take this vehicle anywhere. I have the third seat to go with it. I had taken it out and was converting the inside - adding the frame for a bed, (I was using an air mattress) and place to store outdoor gear, chairs, etc for weekend travelling. Windshield has a couple of cracks and rock chips, paint clear coat is fading, front seats are worn. This Suburban is a BEAST! Call for more details 830-832-2211.