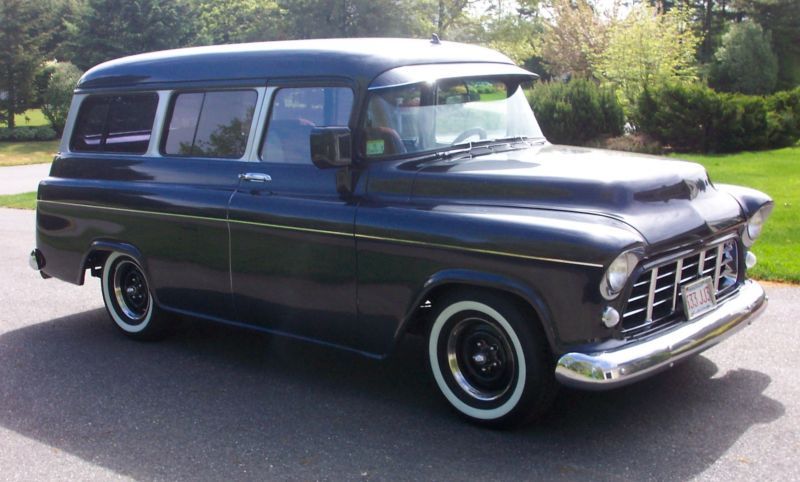 1956 Chevrolet Suburban – Resto Rod --This truck was rebuilt from front to back. The only thing that is original
is the "solid steel" body. It sits on an Impala front clip, it has front disc brakes. The motor is a 350 LS1,
4L60E 4 speed automatic with electronic overdrive. This motor was professionally installed using a Painless Wiring
engine management kit with the entire truck wiring package, basically it has been totally re-wired. It has vintage
air conditioning, custom exhaust, interior, power steering, brakes, seat, windows, remote door locks, trailer
hitch, available third seat, custom car cover, custom stereo with blue tooth and more!