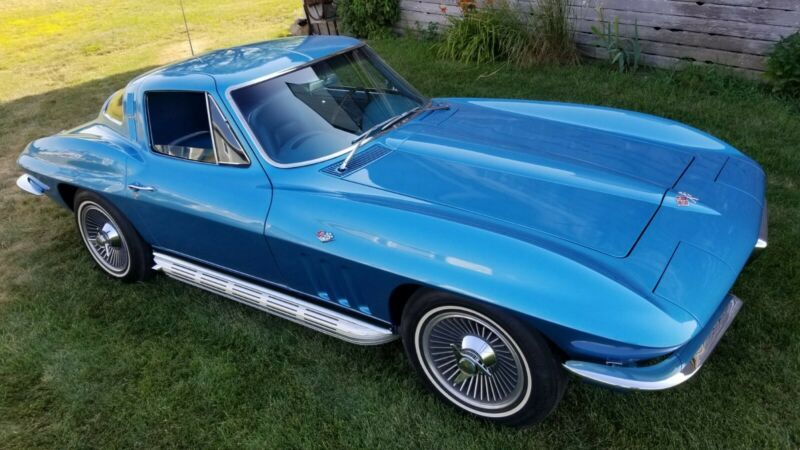 1965 Corvette Coupe. This was a frame off restoration 20 years ago and it still
looks great to this day. Not many miles have been put on since, and it shows. It's a 327 4 speed, but not a numbers
matching car. It has AC, PS, PB and factory four wheel disc brakes. The engine sounds great and the transmission
shifts smoothly. The headlights function just like they should, as does everything else on the car. The color is
Nassau blue with blue interior. Both the interior and exterior are in very good shape. The numbers show this car
originally came with a white interior. That was all switched over to blue at the time of the restoration. It has
the factory knockoff wheels and side exit exhaust.