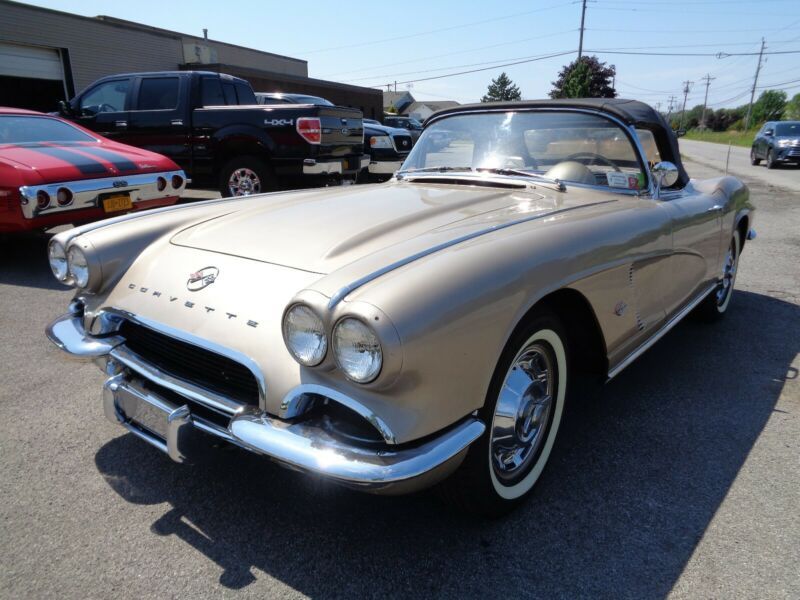 This 1962 CORVETTE is a survivor. Original paint. Numbers matching. Factory four speed
and just a fine example of the best Chevy had to offer in 1962. It does have both tops and although the convertible
top is original the right side rear panel does have about a six inch straight cut in it. Other than having new
carpets it is all original. The paint is imperfect in that it does show some minimal fading and very minimal
blemishes but it looks beautiful and I chose not to buff or repaint it because it does hold most of the original
luster. The chrome is excellent. It travels down the road beautifully and has a 327 cubic inch motor with 270 HP.
New brakes and everything works. The frame is rust free and not altered or beaten up in any way. For more
information please message me. No disappointments here.