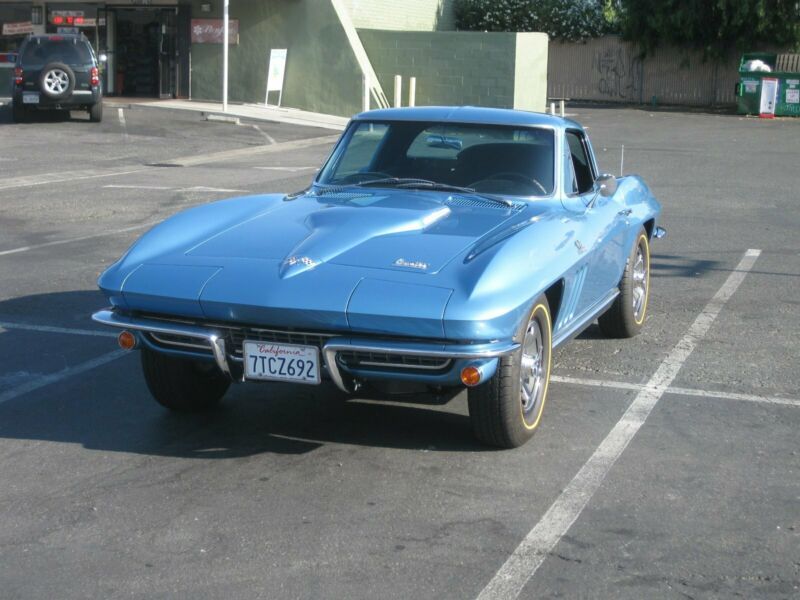 1966 Corvette 427/425 L72 Matching #s, Rebuilt motor(13K) trans, rear end, new bearings, bushings, ball joints,
coils, spring, brakes, rotors, new Gold Line radials, original interior, no rips or tares, power antenna, Delco
radio, teak steering wheel, original spare tire, paint about 5-6 years old in excellent condition, no chips,
scratches or flaws, runs and drives excellent, 85,912 documented miles. Bias ply tires that came with the car
included, original working 780 Holly is included, currently has 770 Holly with electric choke. Any parts removed
were powder coated before re-installed. Everything works but the e-brake is weak. I have all the receipts but
nothing on the trans, it shifts smooth, no noise and I opened it up and it appears to be fairly new.