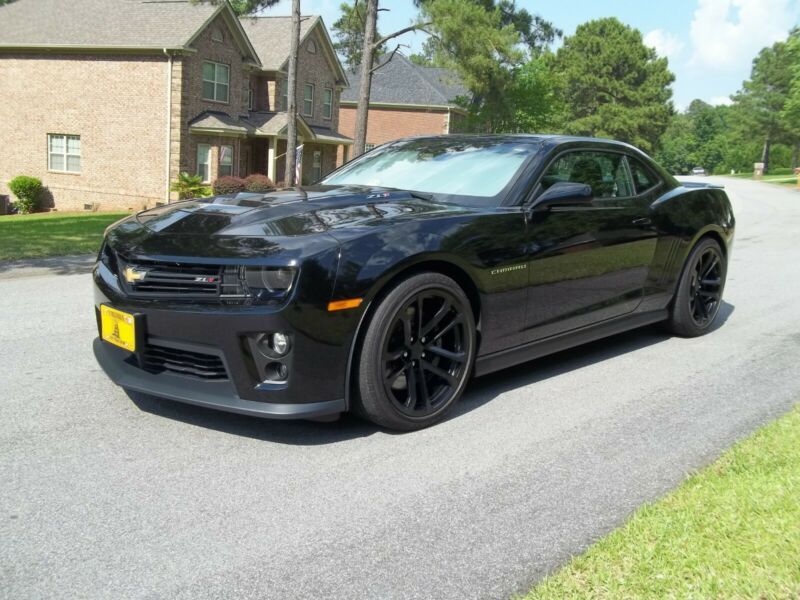 This is a 2014 Chevrolet Camaro ZL1 Coupe with a manual transmission. It has the two most desired factory options:
Recaro performance seats and the exposed carbon fiber weave hood insert. It also has the louvered roof which is
sought after by performance enthusiasts because it improves the aerodynamics (sunroof models have flat roofs with
less efficient aerodynamics). This ZL1 has the following equipment and accessories:

Tire sealant and inflator kit (in place of spare tire)