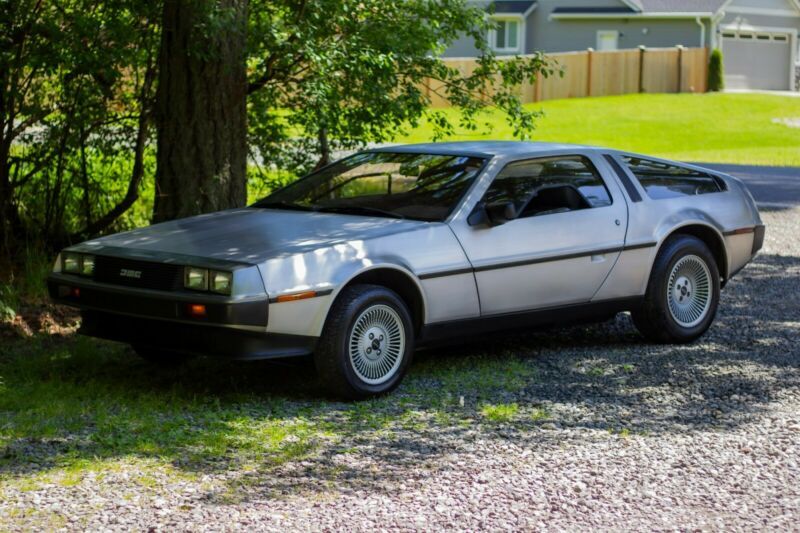 
It's been garaged its whole life with zero corrosion on the undercarriage and its body being accident and damage free.
In 2016 all the Fuel Injection components were replaced along with a recent tune up, where the coolant overflow
tank upgrade was performed. The fuel pump, lines, accumulator, fuel filter and fuel distributor were all replaced
in 2016. The Delorean drives and accelerates well, stops and shifts fine without issues.

The original interior is nearly perfect with only slight wear on some of the carpets. The dashboard is crack free
along with the original leather seats. The headliner does show some age. The AC (now converted to R123) blows cold
and all the electrics work as they should, even the clock. The hood, trunk and glove box lights all function.
Tires 85%