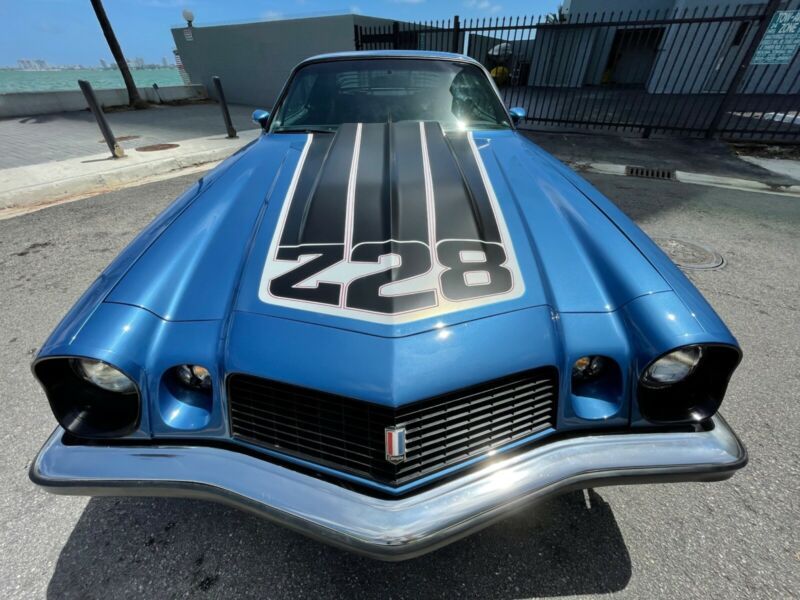 One of the last “real” z28 with a 350ci 245hp engines, now upgraded to a brand new BluePrint 383ci stroker
(BP383CTC1) with 430hp+ (Both engines are included in the sale), runs on a factory 4 speed Borg Warner manual
transmission, and 3.73 rear end. All engine specs, dyno test and documentation are available and included in the
documents of the car. New engine has less than a 1.000 miles on it.

Car is in overall mint condition, just fully repainted to its original Bright Blue color, excellent interior, all
gauges are working, chromes are in great shape and the car is mechanically sound. Car has been meticulously
overhauled to a nearly new condition. Body, Paint, undercarriage, engine bay, all mechanics including engine, trans
and differential, all wiring, gauges and lights.