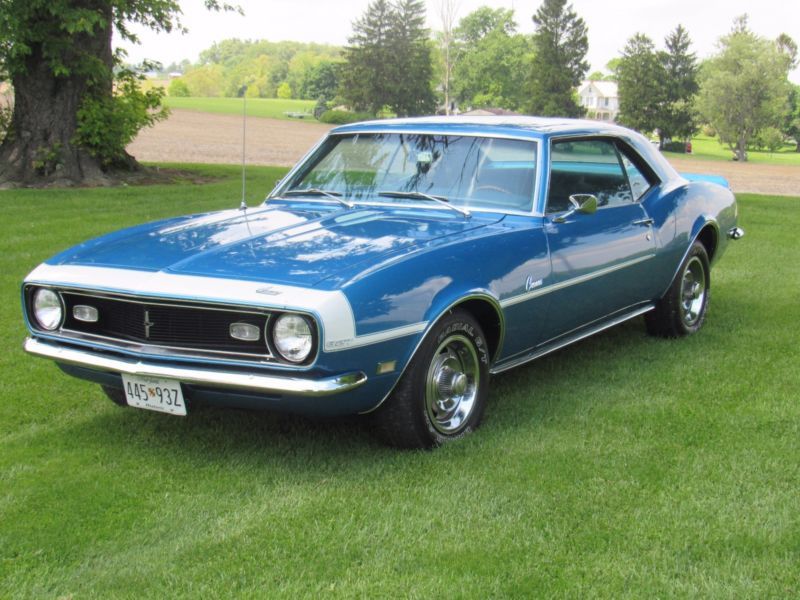 1968 chevy Camaro with 327 210 hp 2 speed powerglide trans and a 3.08 10 bolt rear. This car is a
numbers matching original body car. This car has had some upgrades like front disc brakes, multi leaf rear springs
and stainless lines (brake, trans and fuel). This car is an original a/c car which works, it has had most of the
parts replaced with oer parts not some aftermarket kit. The car is wearing it's original color lemans blue which
was repainted years ago so if there was any rust you would see it by now and there isn't any. The body is all
original from what I can see other than the trunk lid which I replaced to mount a rear spoiler, I do have the
original still.