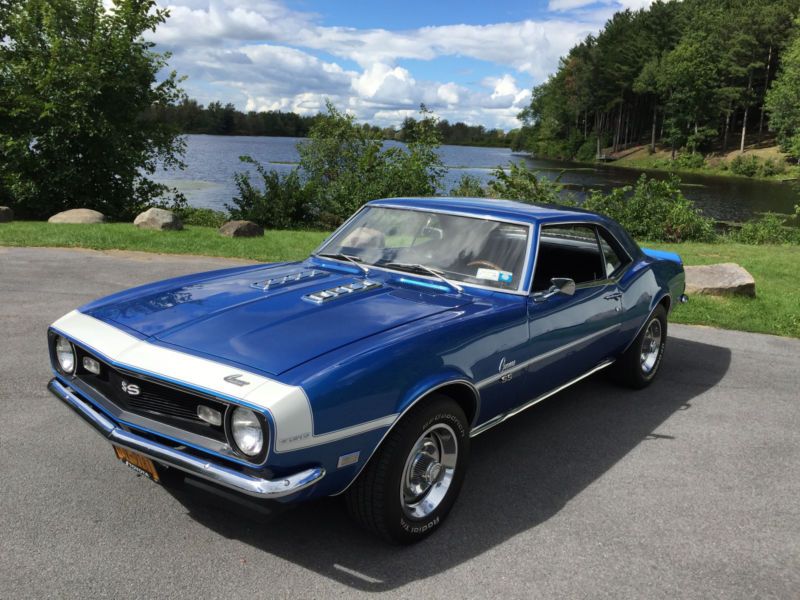 1968 Chevrolet Camaro
This is a nice everyday driver car. It is not a survivor car, but is in great condition. It was originally a
different shade of blue, and had a blue interior. The black interior that is in the car is an authentic Camaro
interior and fits the car well. It is the original numbers matching 350 with a CompCam Thumper Camshaft, and Holley
Carb installed, and has a Muncie 4-spd transmission. Odometer reads 25,370.
Mechanically, the car is perfect, drives great, doesn't overheat, starts pretty easy. Also has a manual battery
shut off for storage.