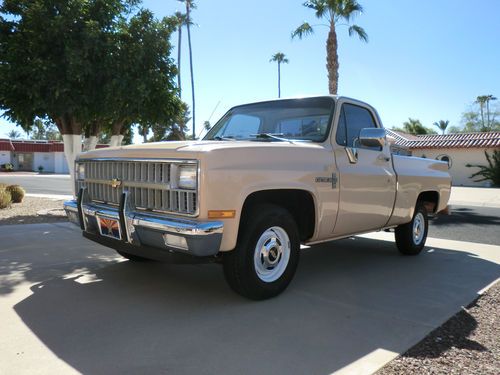 Condition: UsedA vehicle is considered used if it has been registered and issued a title. Used vehicles have had at least one previous owner. The condition of the exterior, interior and engine can vary depending on the vehicle's history. See the seller's listing for full details and description of any imperfections.Seller Notes:"NO RUST one body concern, RR 1/4 I hope the pictures will give a better idea of what is needed here, but a personal inspection is what I highly recommend.The A/C blows COLD and was recently converted to R-134-A."