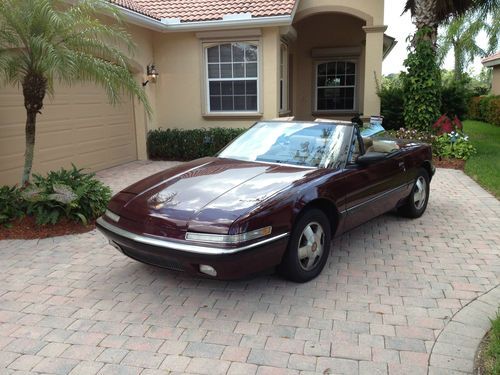 This is a nice original condition 1990 Reatta conv. with 96,000 miles that runs like new!!!! Everything is original interior and paint that is in good condition. Car has been completely gone thru by a GM dealer last year at a of  $2500,  car was perfect and I have copy on the bill....If looking for weekend original driver car that is going up in value then buy it..