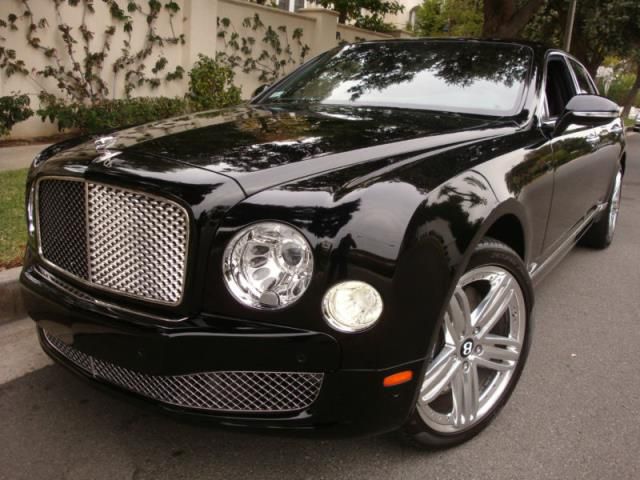 Jay Leno's Garage never fails to impress - and by that we mean both the YouTube channel and the actual place. The latest online bit features another truly insane vehicle. Leno's 1930 Bentley GJ 400 isn't actually a classic car and has few Bentley parts on it. It's really a modern custom with vintage looks and a 27-liter Rolls-Royce Merlin V12 engine for power. This machine is absolutely immense, and weighs over three tons.
The Merlin engine was one the workhorses of World War II-era planes. In the GJ 400, Leno believes the V12 is making around 650-700 horsepower. Although, he admits that it could probably be pushed to over 1,000 if someone wanted to. However, he clearly loves this behemoth just the way it is.
While the design is classic, the mechanicals are relatively modern. The engine is fuel injected, and power routes through an automatic transmission to the rear wheels. Many of the updated pieces are hidden as well. For example, what looks like a blower at the front actually disguises an oil cooler.

The Entry Entry-Level Bentley
I have a friend who once told me that he would never buy the cheapest version of anything. I pressed him about cars and figured he was backed into a corner when I mentioned Bentley. With only the Continental series of cars - GT coupe, GTC convertible, Flying Spur four-door - and Mulsanne sedan on offer, surely this friend of mine would go for something like the Continental GT coupe over the larger, much more expensive Mulsanne. While their base prices are separated by over $100,000, the Continental GT's starting price of $212,600 should still command enough respect from my friend's imaginary - and judgmental - group of country club acquaintances.
"No way, it's the entry-level Bentley."