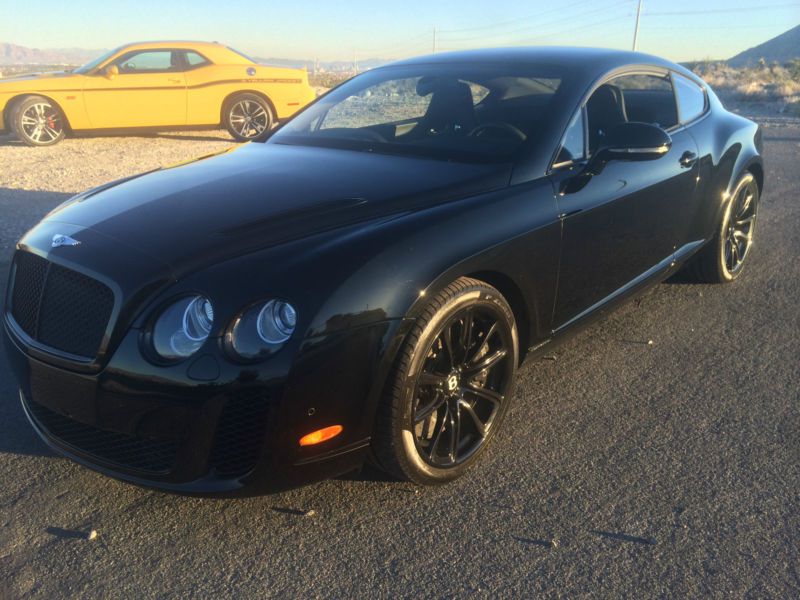 I have a 2010 Bentley Continental Supersport for sale. This beauty has 621 hp and 590
lb-ft of torque.The Supersports deserves its own consideration, as it has a new Quickshift transmission that cuts
shift times in half and allows double downshifts, plus a lower, sportier front suspension, continuous damping
control, 20-inch Pirelli tires, and the largest carbon ceramic brakes ever fitted to a production car. Even its
central computer is programmed to make the most of the engine and driving assistance systems for the highest
performance. This car comes equipped with bi-xenon headlights with washers, LED taillights, heated power mirrors,
rain-sensing windshield wipers and much more. The interior has paddle shifters, a start/stop button, navigation
system, Sirius satellite radio, Bluetooth, 4-zone climate control, and black suede and leather upholstery. This car
comes with standard park distance control, 20-inch wheels, carbon ceramic brakes, premium audio system designed for
Bentley by Naim and adaptive cruise control and more. This Bentley Supersports comes with lightweight sport seats
with carbon fiber rear panels. The upholstery is still leather, with Alcantara for further weight reduction, but
the wood veneers have been replaced in this model with carbon fiber panels. Even the rear seats have been removed
and replaced with a carbon-fiber luggage shelf.