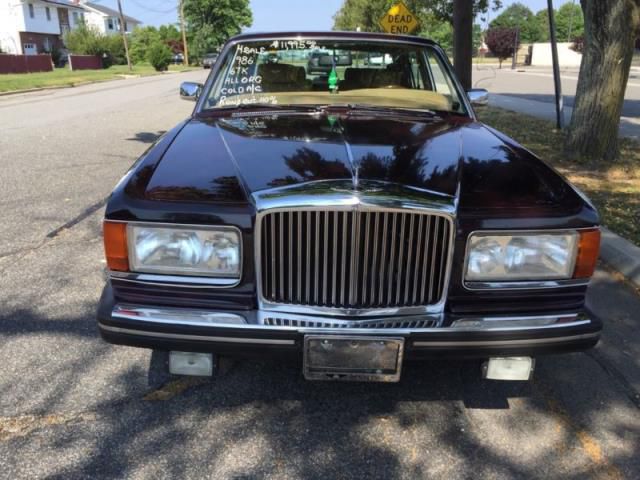 Up for sale is a 1986 Bentley Mulsanne L (long edition) from 10 feet away the car looks absolutely beautiful. When you get close you can see the little spider cracks in the paint and the paint on the drivers side door is fading a little, but like I said from 10 feet away you will not notice it. Interior is mint, runs like a dream. Keep in mind the car is old, not possible for it to be showroom new.
Please don't hesitate to contact me with any questions : williamsunjustly8@irishhome.net

We began to salivate when we saw the Bentley Continental GT3 up close and personal at the 2012 Paris Motor Show. The thought of a track-going Continental GT conjured up notions of the Bentley Boys, the original gentlemen racers, tearing down the Mulsanne straight. Well, according to AutoGuide, it appears our wistful ponderings will be realized in the form of an international spec racing series.
Similar to the Porsche Carrera Cup or the Ferrari Challenge, this will be a one-make series, and Bentley seeks to run races in Europe, North America and Asia. As for the latter, Bentley Board Member for Marketing Kevin Rose suggested that China will be the likely host of an Asian race. According to Rose, sportscar racing is of interest to Bentley's Chinese customers. He also says that there will be participation by dealers. "Our dealers are by definition car nuts," claims Rose.
While the Continental GT3 is being developed for pro-level use, Bentley is apparently working on a turn-key car for gentlemen racers. According to Rose, "We want to make it as easy as possible." While that doesn't sound like the devil-may-care Bentley Boys of yore, it's likely better to attract participation. The first trials are expected for 2013, and Bentley is even considering making vehicles available for privateer teams.