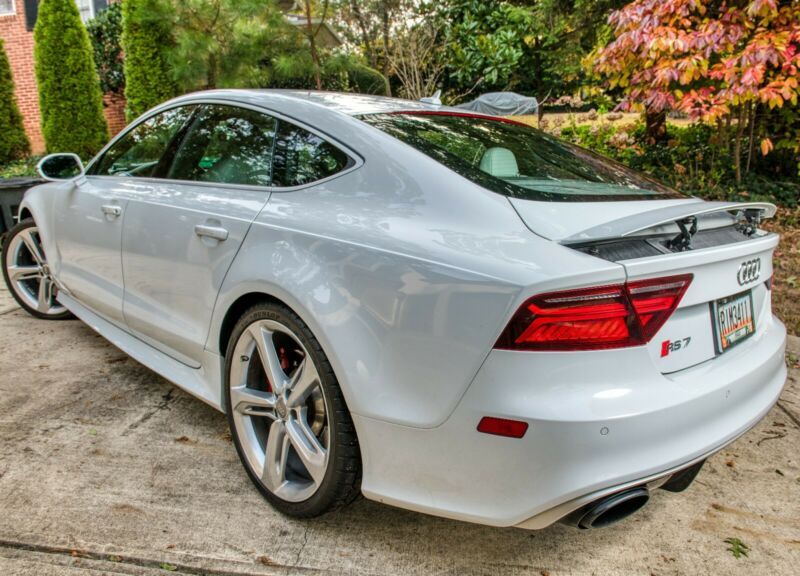 Match up a hot hatch with a supercar of the same vintage, and we'll tell you who will win every time. It's easy, really, as the supercar invariably features a more advanced suspension, stickier tires and most importantly, more power. What if the hot hatch is race prepped, though?
In that particular case, all bets are off. A circuit-tuned suspension, a stripped-down cabin, an ultra-quick sequential transmission and the greatest equalizer of them all, slick tires, are all that's needed to turn the typical hot hatch into a proper dragon slayer.
Perhaps seeking to prove this, Evo has put together an interesting head-to-head between the Audi R8 V10 and a race-prepared Renault Clio Cup. Host Dickie Meaden takes us through each car, highlighting the bits and bobs on both sides which should make this a tight competition. And boy, is this one tight.

Audi reveals facelifted A7 and S7 in Europe [w/videos]

Audi has revealed the nip/tuck and stylistic upgrades for the A7 that we got clues to in spy shots from back in January. The single-frame grille has been subtly reworked along with the lower front fascia and headlilghts. Those bulbs are underlined by a new design for the LED DRLs, and - in Europe - they can be had with Matrix Beam LEDs that come with dynamic turn signals. Out back is a tweaked bumper, as well as new exhaust tips and taillights with an LED pattern that mimics the front lights.
Cockpit inhabitants get new surface treatments like the aluminum and Beaufort walnut inlays, Valcona leather and five possible colors for the seats. The company's MMI Navigation Plus with MMI Touch is fitted with an Nvidia chip for faster graphics processing, and LTE-enabled internet connectivity is standard.
Up front, the 3.0-liter bi-turbo TDI gets a power boost to 320 horsepower and is attached to an eight-speed transmission; a seven-speed S tronic transmission is paired to the rest of the line. The revised 3.0-liter V6 TDI recently discussed at the Vienna Motor Symposium also joins the lineup, here offered in both the 272-hp and 218-hp variants, that latter "ultra" version said to return 50 US miles per gallon.