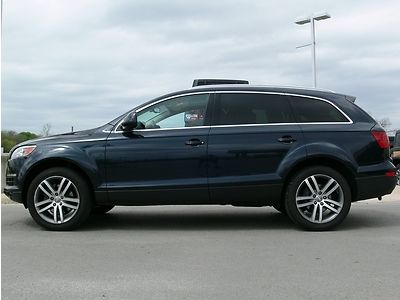 The 2013 Audi RS6 Avant was announced back in December with a twin-turbo V8 cranking out 560 horsepower, but Car is reporting that this badass grocery getter could get even more power with a new Plus model. In a conversation with Car, Stephan Reil, Audi's top guy at its Quattro GmbH division, told the magazine that the RS6 Avant Plus would produce around 600 horsepower, and it sounds like there is a growing family of RS Plus models being planned as well.
Aside from the more powerful engine, the specifics of the RS6 Avant Plus are unknown, but we'd suspect some weight-savings measures and updated features for improved handling. Like recent RS Plus models such as the TT RS Plus and R8 Plus, the RS6 Avant Plus will not be a limited-production unit when it goes on sale (most likely for the 2014 model year).