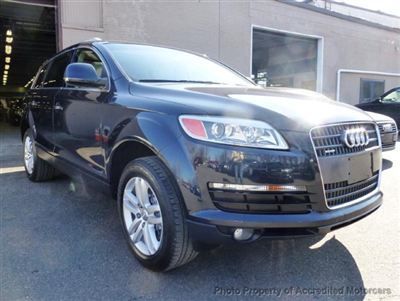 We recently drove the Audi TT, and although we wish it were radically entertaining instead of merely very fun, it's nevertheless a sharp coupe that vaults ahead of its predecessor with an inspired interior and eager handling. That car will be precursor to this TTS when it gets here a year from now, with the TTS adding adjectives like "more" and "better" to just about everything found on the base coupe. With the standard car having already put on such a fine edge, we wheeled the TTS on Spanish roads and at the Ascari race track to find out how much better and higher-performing the S will be.
Driving Notes
As of this writing, today's TTS commands an $8,350 premium over the TT. Assuming a commensurate gap is carried over into this next generation model, that supplemental dosh will get you 310 horsepower and 280 pound-feet of torque instead of 230 hp and 273 lb-ft in the standard TT. That would mean more for your money, too, since the gap between the current TT and TTS is 54 hp and zero lb-ft of torque. To achieve the new numbers, the 2.0 TSFI engine from the TTS benefits from upgrades like sturdier valves, revised aluminum pistons and stronger connecting rods with new bearings, a reinforced crankshaft and a high-performance intercooler. The amplified brawn rips 0.7 seconds off the 0-60 mile-per-hour time, getting you there in 4.6 seconds.