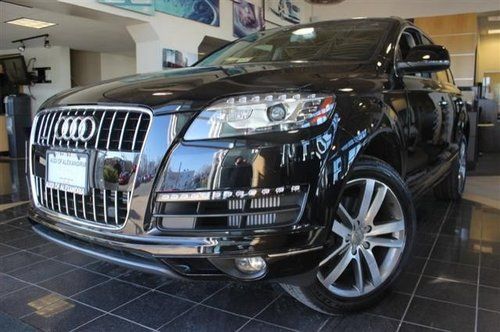 Having won the 24 Hours of Le Mans three times, the American Le Mans Series title another three times and, most recently, the FIA World Endurance Championship, Allan McNish doesn't have much left to prove. Which is why he's retiring, ending this stage of his 33-year driving career on a high note.
In a statement just released by McNish himself and his team at Audi, the Scotsman said "I've had a fantastically successful time with Audi and feel it's the right time to step back from Le Mans sports-prototype racing and to look at other opportunities."
Just what those other opportunities might be is another matter. He's raced in DTM, Formula One and the International Formula 3000 series, where he won two races in 1990. McNish, 44, is also part of the BBC Radio's F1 commentary team, serves as president of the Scottish Motor Racing Club and is often called upon by the FIA to act as a grand prix race steward. Audi says he'll continue to be part of the team, just not in the driver's seat. Given his success in endurance racing, he's surely got a wide variety of opportunities to pursue, and we're looking forward to seeing where he lands.