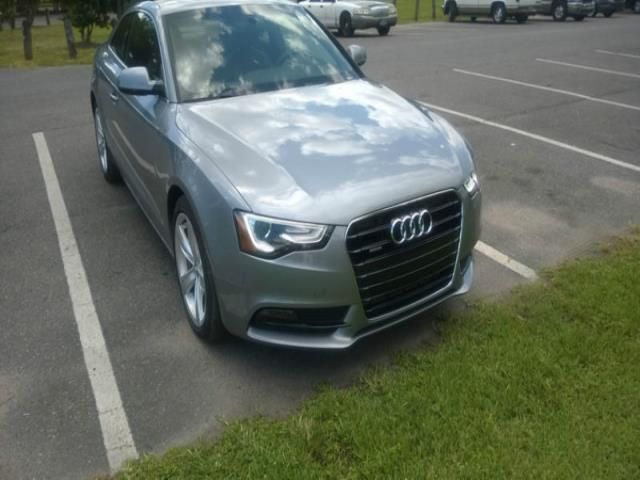 2015 Audi A5 premium coupe in Tornado Gray metallic with brown leather seats, brand new with only 6275 miles. Excellent condition, still under warranty. Leased this car in November of 2014 and selling because we are moving overseas and it is too expensive to ship. Please see pictures for window sticker with price and options, this car will be a great deal for whoever buys it