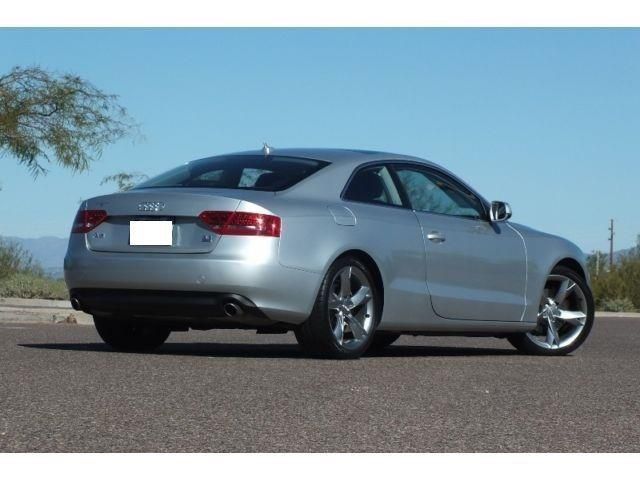 2010 Audi A5 Premium Plus Coupe in Silver with black leather interior. Only 18,900 miles!! Miles will continue to increase as this is my daily driver. Rare 3.2 Quattro V6. Not many of these for sale as most listed are the 2.0 four cylinder. Perfect in every way. No accidents and clear title. All owners books and 2 sets of keys. Comes with many features (power sunroof, ABS, dual AC, MP3, cruise, pw windows, pw door locks, pw mirrors, daytime running lights and many more). It really is like a new car in every way. All wheels are perfect. No leather wear anywhere. Non smoker car. I am meticulous about my cars and this one is no exception.

Nothing to see here, folks, except a 2013 Audi RS4 Avant weaponized with a high-caliber paintball canon. No, make that two of them, one black and one white, playing paintball in an abandoned aircraft hangar. At this point, there's probably not more to add than "Watch the video below" while we get on the horn to find out how to get this as a factory option. And the wagon itself, since that's not coming here, either...
But what's cooler than two high-powered Audi wagons with paintball guns and push-button firing in a video set to cheesy music from a bad eighties rip-off of Top Gun? One car can dump paint out of spigots under the rear bumper, the other has paintball grenades. And now we've really said enough. So watch the video, and the two behind-the-scenes vids, below.