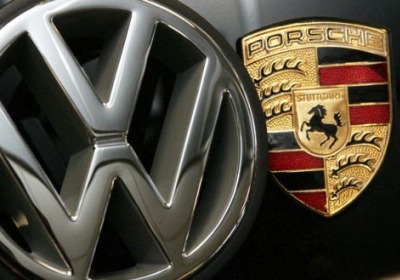 The sequence of events from 2007 that began with Porsche's secret attempt to take over Volkswagen, and instead lead to Porsche being taken over by VW, continues to instigate lawsuits against the Stuttgart sports car manufacturer. A group of hedge funds that suffered over $1 billion in losses sued the car company in New York. Porsche had publicly stated it wasn't trying to buy VW, the hedge funds in question were shorting VW stock, and when Porsche's actual intentions were revealed, the stock shot up and the hedge funds took a beating.

The case was thrown out over the issue of jurisdiction, then appealed, only to see another suit filed on top of that. After that, most of the hedge funds withdrew their claims in New York and Porsche offered a 90-day window to refile in Germany where it is already fighting a number of other suits over the same issue. The hedge funds accepted the offer, refiling in Stuttgart for $1.8 billion in damages. According to Bloomberg, Porsche hasn't commented on the refiling, but as the same plaintiffs are involved, it's safe to assume that the carmaker still feels the case is "unsubstantiated and without merit." It has fared alright so far even in German courts, with two lesser cases against it thrown out last year.

See also: Supercar parade entering highway is mesmerizing, See what the Chevy C7 ZR1 may be benchmarked against, 'Born of a Blue Sky' brings the Amelia Island Concours to you.