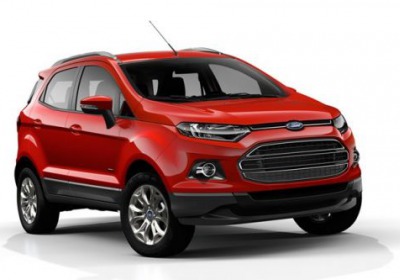 "We certainly have that ability. We're studying it very, very closely." Those are the words of Jim Farley, global head of sales, marketing, service at Ford. The investigation Farley is referring to is the possibility of selling the company's new EcoSport crossover in America.

The diminutive Fiesta-based EcoSport was developed for emerging markets like Brazil and, more recently, China, but it apparently may have a future in the States, where it would form a new entry-level rung below the Escape in Ford's already robust crossover stable. Ford has big plans for its tiny CUV – Farley tells Automotive News that the EcoSport is only available in 10 countries right now, but by 2017, its distribution will have mushroomed to 62 countries. At the time the second-generation model launched at the 2012 Beijing Motor Show as a 2013 model, Ford said the EcoSport would eventually be sold in nearly 100 markets worldwide.


The Brazilian- and Indian-assembled EcoSport is available with a variety of gasoline-powered engines, but the 1.0-liter, three-cylinder EcoBoost giving 118 horsepower and 125 pound-feet of torque would seem to be the powertrain of choice for America, as it was recently confirmed for the stateside 2014 Fiesta.

Do you think Ford should bring over the EcoSport? Vote in our poll and then have your say in Comments.