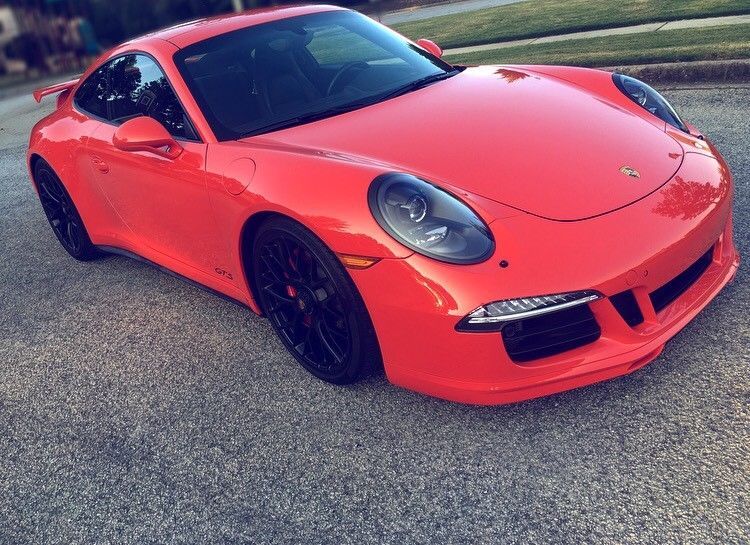 Please email me with any questions or requests for additional pics or something specific at: tabithatssteenhoven@f1fans.net .

The best color combination for a 911 - Lava Orange, with black leather interior. Car has never been tracked or wrecked. Has been well maintained. This is the last model year of the naturally aspirated 3.8 liter engine, matted to a manual 7 speed transmission...producing 430 hp. Additional features of the vehicle include: PASM Sport Suspension, Premium Package Plus, Aerokit Cup, Park Assist (front and rear), with reversing camera, Electric Slide/Tilt Sunroof, Power Steering Plus, SiriusXM Satellite Radio, Clear Glass Tail Lights, Power Sports Seats (14 way) with Memory, Heated and Air-cooled Seats, Ornamental Porsche Crest, Multi-Function Steering Wheel, Alacantra Roof Lining, Porsche Floor Mats. Further, the 911 has both SunTek and Expel clear film protectant applied to the entire front bumper/spoiler, hood, both front quarter panels, A-pillars, front of car roof, and also the entire bottom portion of length of car (from front nose to rear), along with rocker panels. (This was a $2k add-on...but well worth it!). This car is in
absolutely excellent condition inside and out, and the interior still smells new.