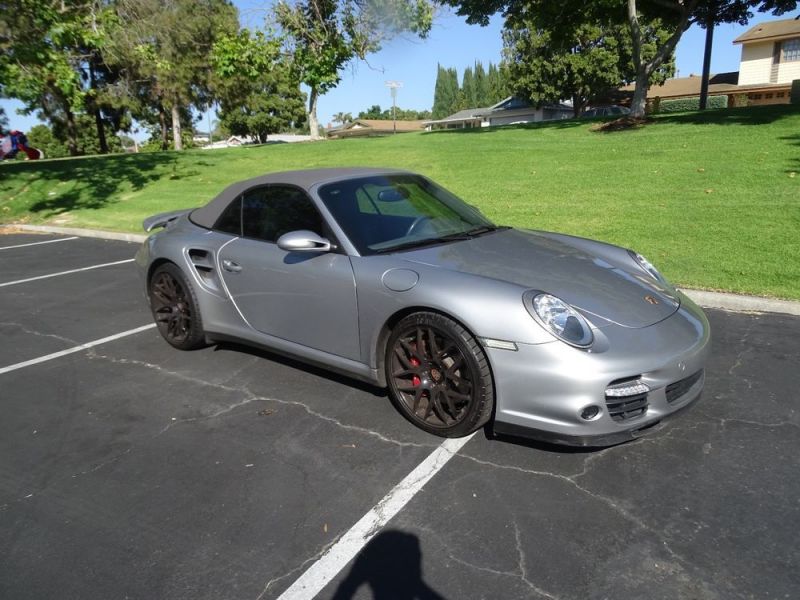 For more pictures email at: tinishatootterholt@welshhome.net .

This is a beautiful 2008 Porsche 911 Turbo. It is silver on the outside with light gray leather on the inside.
This car is in excellent condition all around and has been very well taken care of -- garaged and pampered it's whole life. I just replaced the tires with 4 new Michelin Pilot Sports. They currently have less than 1,000 mies on them.
Custom black Avant Guarde Ruger Mesh wheels, everything else is stock on this vehicle. It has a 6-speed manual transmission and has never been tracked or raced. Overall the car is in excellent condition and you can tell the body and motor have been maintained in tip top shape. It recently had the clutch replaced and had the intermediate maintenance (oil change, break fluid flush, and cabin filters).