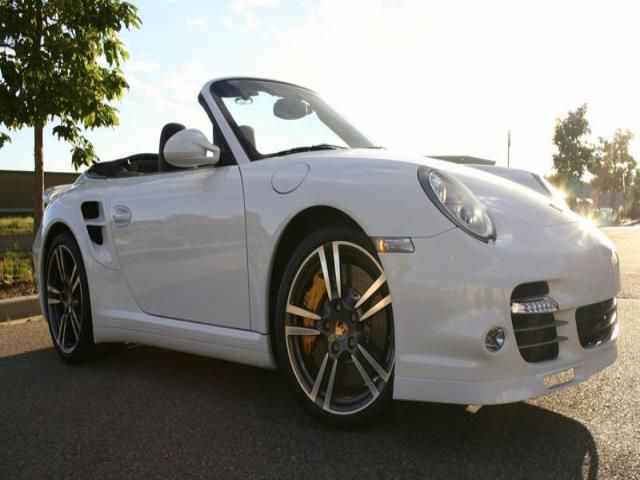 Luxury. Power. Perfection. The 911 Turbo S possesses a unique combination of incredible handling, heart stopping acceleration with 530HP generated from a twin turbo 6-cylinder engine, and all-day driving comfort. Blending super car speed and agility with world-class luxury, the 911 Turbo S provides the complete car at a price point unmatched by any other manufacture - all with the quality voted #1 in the J.D. Power APEAL survey for the last nine straight years.

This vehicle was specifically optioned to have the highest level of luxury while maintaining a classy appeal without gaudy options. From the white stitched black leather seats to the painted exterior package to the illuminated door entry guards, this Turbo S is as sharp as it is fast. This car is in perfect mechanical shape with good rubber left - the launch control has never been used. As demonstrated by the photos, the condition of the exterior and interior are in near showroom condition.

Equipped with the acclaimed 7-speed, dual clutch PDK transmission, the drivability of this superb sports car is made both simple and smooth. With the push of a button, the suspension and engine are tuned for three different performance modes. Please send requests for more pictures or needed information.