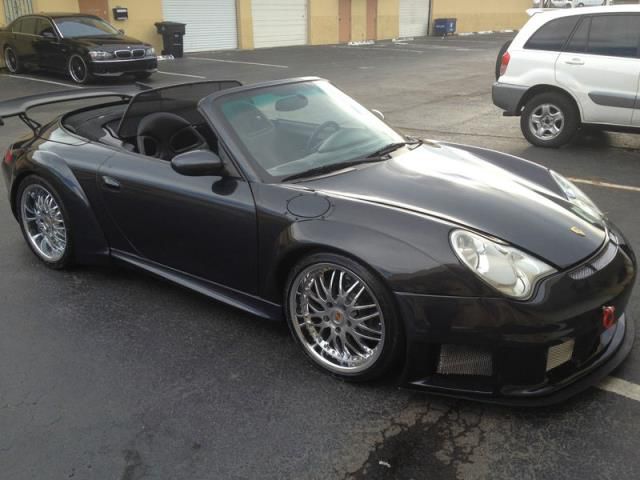 2004 C2 Porsche 996 convertible RSR look street car. It has a rebuilt title after minor damage to the pass front fender, front bumper and pass side radiator and condensor. It has a custom stereo 400watt amp and I-pod wire. GT3 light weight seats, new rims and tires. wind screen for top down driving, new adjustable coilover racing shocks and adjustable racing suspension. Car is lowered and 4inches wider. runs and drives 100%. Engine was rebuilt and IMS has been taken care of by Foreign Affairs Motorsports inc in Pompano Beach, Porsche and BMW experts